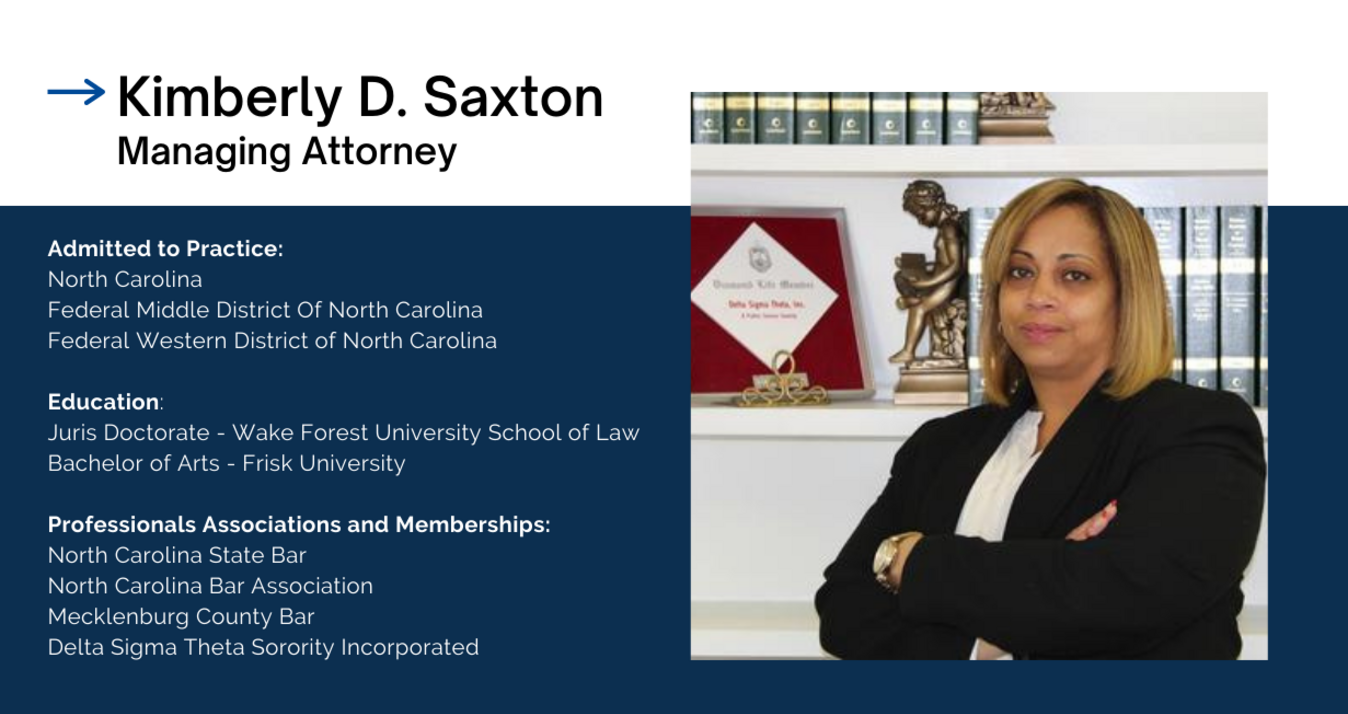 ​Kimberly D. Saxton was born in Houston, TX and raised in Cleveland, OH. She graduated from Fisk University in Nashville, TN in 1998 receiving a Bachelor of Arts degree in Psychology. During this time she was a member of Psi Chi and Beta Kappa Chi honor societies. Even in college, she was dedicated to serving the community and those in need. She volunteered for the crisis hotline as well as several after-school and summer camp programs for underprivileged youths.

​Upon graduation from Fisk University, Kimberly D. Saxton moved to Greensboro, North Carolina, and spent a year working for a very prominent criminal defense attorney. This is where her love for the law developed and her need to serve her community reinforced. Because of this love and need, she decided to attend Wake Forest University School of Law. While at Wake Forest University School of Law she became a member of the Black Student Law Association and Delta Sigma Theta Sorority, a public service organization. Also while at Wake Forest University she interned at Forsyth County District Attorney’s Office and Guilford County District Attorney’s Office, a family law firm and legal services. It was during these internships that she realized that she could most effectively serve her community by doing defense work.